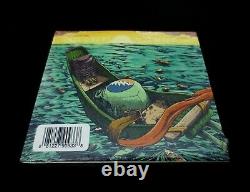 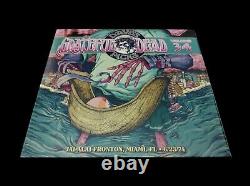 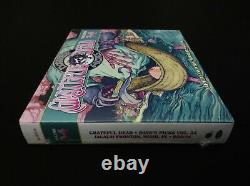 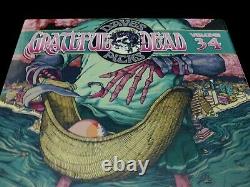 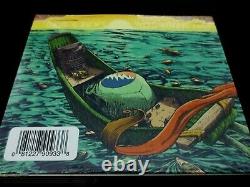 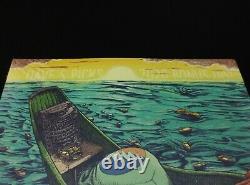 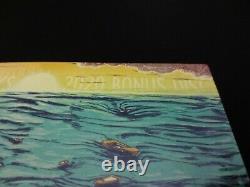 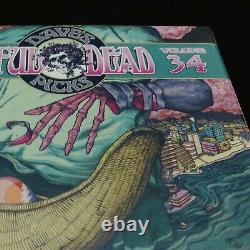 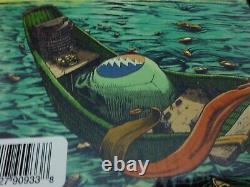 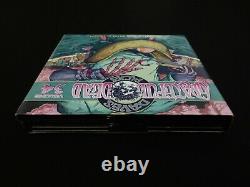 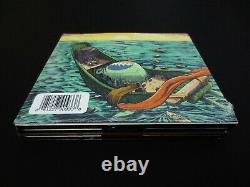 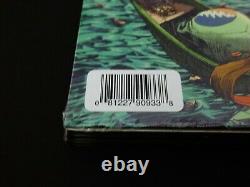 And, though still a full-10-years before' Crockett & Tubbs' hit the scene - I'm sure Casey Jones! Was somewhere stage front & center in that " Jai-Alai " Dress Circle... On Grateful Dead Summer Tour'74!!!

Bring back some' Fond' Grateful Dead Memories for me! I mean - let's put it this way... A Decade-after - and almost close to 15-years after - I remember making a close to 2-hour Spur of the Moment!

And, this drive was' specifically' to get into the Car - drive 2-hours into the City - just to' Hear' This-Show - On-Tape! As the simple-fact then was - both me & a Dead Tour Buddy could wait' no-longer' to hear the Analog Cassette Soundboard Tape! - of the 1974 Grateful Dead playing... - not really " Crazy " after-all - and even arguably " Necessary " - since as most all of us well-knew - it (to-date, back then) was the Only-Time' Ever' the Band played Chuck Berry's Let It Rock! And, as it ultimately later turned-out like, we all just thought it might - unless you caught J. Was going to be the Only-Time-Ever! You were going to hear The Dead Rock! And, that was indeed the case at hand.

And, that was (obviously) like a Youthful-Love! Thing to do - for any young Deadhead! But, what we really ended up finding-out on that Trip!

6/23/74 Jai-Alai Fronton - Miami! " Show is a Grateful Dead 1974 Touring-Year " Top 10!! - no matter how you cut-it! Garcia's 2nd to Last-Tour with Wolf!! - Weir headed towards some of the' Last-Days' of Gibson!! Pretty much in her' Prime! Carrying the Keys-load with consistent Style & Fashion! Yet still - the supposed word circulated on the street around this time is that the Band is feeling just a bit-weathered here right-during this time & space? And, rightfully weathered in far more ways than just one. But, then again - This! On the Summer'74 Wall Of Sound! My own ears hear literally' little to no-wrong' here at all! The likes of Louisville (6/18)! - U of W Fuskie-U.

- is literally " 1974 " Live-Dead Improvisational-Playing! That can go head-to-head with-ease! - against many, and really' any' of the 1974 Touring-Year Moments-Of-Magic!!! - it's pretty much just like - you know - to each, their own - or - pick your poison! Is brewing-up this fresh & special batch of Live-Dead-Magic!

- stirring it up, and yeah... Even also handing out the cups!!

I think there is a real-fair argument here that This! Miami'74 Show at the Jai-Alai!

Is in there' with-ease' - and could maybe even head decently somewhere towards the 75-80 mark! Ahh yes - stuff that I've spent a' ton-of-time' comparing & thinking-about! And, as far as fun-facts go - here indeed is AnOther-One! For you here - on the' Miami' & " Florida " Region thing here - where...

For all of you interested in the essential Florida-Dead! With I guess my question here now being - something like...

Casey Jones was Rockin' his Backstage Sticky! - given to him by Jerry!

4-CD Set is in Like New condition - very-close to Brand New overall. The factory sealing shrink wrap has been severed on this 4-CD Set - but the CD Sets (3-CD Set & Bonus Disc CD) have never been removed from inside the shrink wrap - and neither CD Set inside has been played, or even touched. This 4-CD Bonus Disc Set is brand new minus the opened/severed shrink wrap, and has been " Collected-Only " next to other CD Cases in my professional CD rack. Please see all photos provided.

Photos included are of the actual item you will receive. Grateful Dead Summer Tour'74!!! This 4-CD " Bonus Disc CD " Set - is the Annual Subscription Only!

- making this 4-CD Set even Rarer! Than the 3-CD Set' Only' version!! As far-less of the " Bonus Disc CD " 4-CD versions were pre-ordered / issued for " Annual " Subscriptions Only! This item is in the category "Music\CDs".