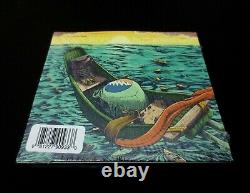 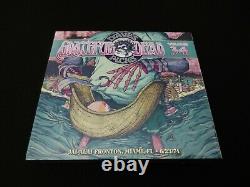 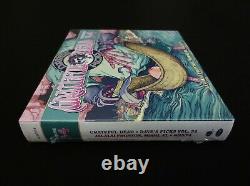 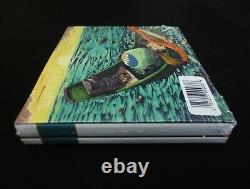 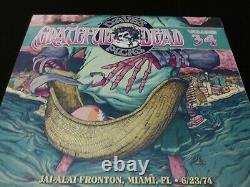 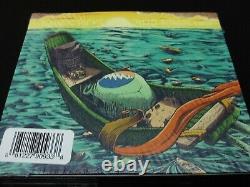 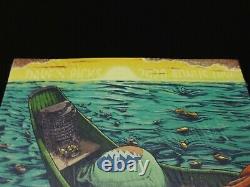 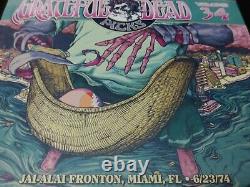 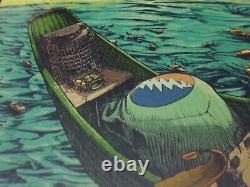 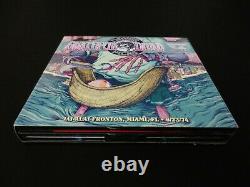 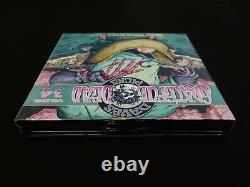 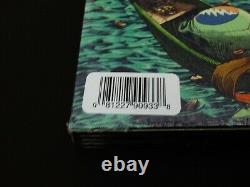 - following the'73 Fall Tour' Curtis Hixon Convention Center' Shows!! Best-knows as -' Dick's Picks Volume 1'! And, with very fair consideration of both the The Era &' The-Times! And, though still a full-10-years before' Crockett & Tubbs' hit the scene - I'm sure Casey Jones!

Was somewhere stage front & center in that " Jai-Alai " Dress Circle... On Grateful Dead Summer Tour'74!!! Bring back some' Fond' Grateful Dead Memories for me! I mean - let's put it this way... A Decade-after - and almost close to 15-years after - I remember making a close to 2-hour Spur of the Moment!

And, this drive was' specifically' to get into the Car - drive 2-hours into the City - just to' Hear' This-Show - On-Tape! As the simple-fact then was - both me & a Dead Tour Buddy could wait' no-longer' to hear the Analog Cassette Soundboard Tape! - of the 1974 Grateful Dead playing... - not really " Crazy " after-all - and even arguably " Necessary " - since as most all of us well-knew - it (to-date, back then) was the Only-Time' Ever' the Band played Chuck Berry's Let It Rock! And, as it ultimately later turned-out like, we all just thought it might - unless you caught J.

Was going to be the Only-Time-Ever! You were going to hear The Dead Rock! And, that was indeed the case at hand. And, that was (obviously) like a Youthful-Love! Thing to do - for any young Deadhead!

But, what we really ended up finding-out on that Trip! - ended up being far-more important in the long run.

- no matter how you cut-it! Garcia's 2nd to Last-Tour with Wolf!! - Weir headed towards some of the' Last-Days' of Gibson!! Pretty much in her' Prime!

Carrying the Keys-load with consistent Style & Fashion! Yet still - the supposed word circulated on the street around this time is that the Band is feeling just a bit-weathered here right-during this time & space? And, rightfully weathered in far more ways than just one. But, then again - This! On the Summer'74 Wall Of Sound! My own ears hear literally' little to no-wrong' here at all! The likes of Louisville (6/18)!

- against many, and really' any' of the 1974 Touring-Year Moments-Of-Magic!!! - it's pretty much just like - you know - to each, their own - or - pick your poison! Is brewing-up this fresh & special batch of Live-Dead-Magic!

- stirring it up, and yeah... Even also handing out the cups!!

Please see all photos provided. Photos included are of the actual item you will receive. Grateful Dead Summer Tour'74!!! This 4-CD " Bonus Disc CD " Set - is the Annual Subscription Only!

- making this 4-CD Set even Rarer! Than the 3-CD Set' Only' version!! As far-less of the " Bonus Disc CD " 4-CD versions were pre-ordered / issued for " Annual " Subscriptions Only! This item is in the category "Music\CDs".

The seller is "springfromnight1989" and is located in this country: US. This item can be shipped worldwide.