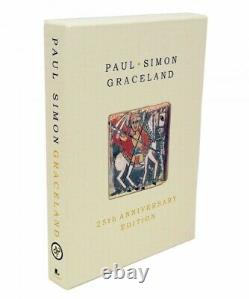 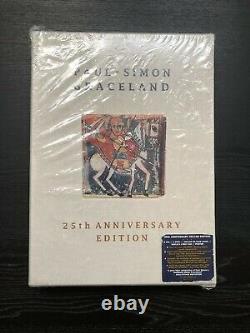 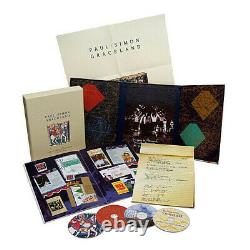 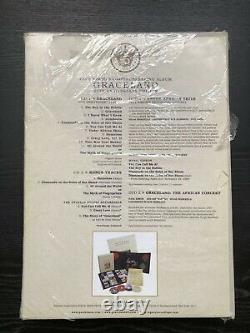 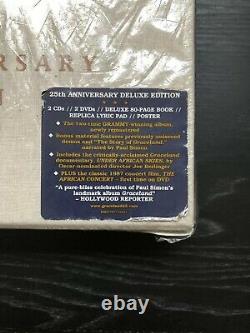 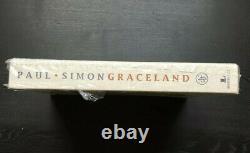 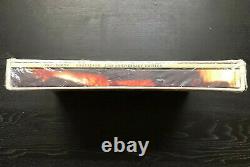 Sealed In Original Plastic (see pictures). PAUL SIMON Graceland 25th Anniversary Delux Collector's Edition Box Set. Limited two CD + two DVD Collector's Edition includes digitally remastered original album plus bonus tracks, "Under African Skies" documentary film, the original 1987 "African Concert" from Zimbabwe, three original music videos and the iconic "Saturday Night Live" performance. Also contains replicas of an original Graceland poster, handwritten lyrics pad, deluxe 80-page book featuring new and archival photos and interviews with Paul Simon. Simon and the members of Ladysmith Black Mambazo performed on Saturday Night Live and appeared on the cover of Rolling Stone. It generated three hit singles and it kept Paul Simon and the Graceland tour on the road for five years. Its music was heard across the globe. Today, its music and its reputation still reach generations of music enthusiasts yet so many are unaware of how pivotal that one album was during the 1980s, how it helped birth the idea of World Music and revived the career of one of America's most important songwriters. How it influenced the political progress of South Africa a country divided by institutionalized racism, causing and then transcending years of controversy. How in fact the album came to be in the first place. This deluxe box set (2 CD + 2 DVD) celebrates the 25th anniversary of Graceland with bonus tracks, concert footage and video clips, the documentary film (Under African Skies), a deluxe book featuring unreleased photos, new liner notes and a replica of Paul Simons handwritten lyrics pad. This beautiful collection is packaged in a slipcase wrapped in fine linen.

The Boy In The Bubble. I Know What I Know. Diamonds On The Soles Of Her Shoes. You Can Call Me Al.

The Story of Graceland as told by Paul Simon. DVD 1 - "Under African Skies" documentary film and extended interviews. "Under African Skies" documentary - The story of the making of Graceland, and the controversy created when Paul Simon went to South Africa to record with local artists, is told in "Under African Skies, " the new full-length documentary from two-time Emmy, Peabody Award winner and Oscar-nominated filmmaker Joe Berlinger ("Brother's Keeper, " "Metallica: Some Kind of Monster, " the West Memphis Three/"Paradise Lost" trilogy). Featuring interviews with key anti-apartheid activists of the time and such musical legends as Quincy Jones, Harry Belafonte, Paul McCartney, David Byrne and Peter Gabriel, "Under African Skies" travels with Paul Simon back to South Africa, 25 years after his first visit, and recounts the making of the record, surveying from the vantage of history the turbulence and controversy surrounding the album's genesis.

DVD 2 - The original 1987 "African Concert" from Zimbabwe, three original music videos and the iconic "Saturday Night Live" performance of "Diamonds on the Soles of Her Shoes". Region 0; Approximate running time: 90 minutes. The Boy In The Bubble P.

Bring Him Back Home H. I Know What I Know P. You Can Call Me Al P. Diamonds On The Soles Of Her Shoes P. King Of Kings (closing credits).