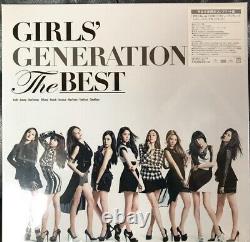 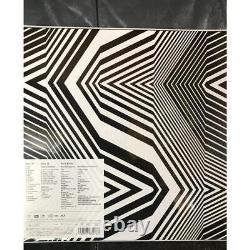 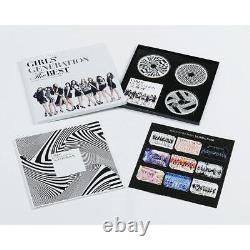 SNSD The Best GIRLS GENERATION Full production limited edition 2CD+Blu-ray Set. 100% Authentic and Genuine G. The first best album of Girls' Generation. Girls' Generation's first best album, featuring "GENIE, " which marked their shocking debut in Japan, "Gee, " whose music video became a social phenomenon, and "GALAXY SUPERNOVA, " their first original Japanese song that quickly expanded their fan base. TAXI", which became the driving force behind the first million hit by a Korean female artist, to "GALAXY SUPERNOVA", all 9 singles, 5 songs from the album for which music videos were produced, and "Gee.

In addition to the two Korean title songs (Japanese version), the latest song Mr. (Japanese version)" and the new song "Indestructible are included for the first time, for a total of 18 songs! In addition, there is a bonus disc with "Member's Recommend" selected by all the members one by one, and representative songs from their home country Korea (Korean version), as well as a 230-minute Blu-ray featuring unreleased footage and music videos carefully selected from the archives. It also includes interviews with each member newly filmed for this best, a booklet that can be called a spin-off of the booklet, and a booklet with a picture of the single + THE BEST jacket. It also includes a set of trading cards with 9 different designs of the single + THE BEST jacket in an analog record-sized box, making it a perfect preservation edition! The complete edition (2CD+Blu-ray+interview booklet+trading card set).

This is a limited production and will end as soon as the stock is gone. Please make your reservation as soon as possible.

If you want to order this product, please order it separately. Two new songs recorded for the first time.

Large analog record size box. A set of 9 trading cards (single jacket design + THE BEST jacket design). A large interview booklet with 64 pages of newly taken solo photos. Bonus disc with songs selected by each member and their representative songs in Korea compiled on one disc.

Additional songs "HOOT" and "THE BOYS" are included in DISC1. Includes 230 minutes of footage from their first public appearance to Music Video.

Includes a live history video of Girls' Generation from their debut to Japan 3rd Tour Includes making-of video from the jacket photo shoot. International Buyers - Please Note. Thank you for your understanding.

If you have any questions, please send us a message at anytime! This item is in the category "Music\CDs". The seller is "portlink-store" and is located in this country: JP. This item can be shipped worldwide.