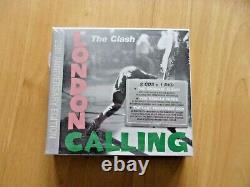 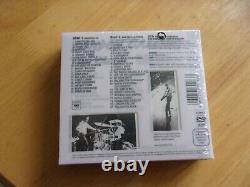 London Calling - 25th Anniversary Edition. Very rare deleted 25th Anniversary Limited Deluxe Edition, never reissued due to licensing dispute over the film material. This deluxe edition is packaged in digipak, with full-colour booklet and slipcase cover, and includes the original album and a second CD of material found by Mick Jones--including all the album tracks plus 2 bonus tracks that did not feature on final album--"Lonesome Me" and a cover of Dylan's "The Man In Me".

The bonus DVD includes 32 min doc, directed by Don Letts, and previously unseen footage of the band during recording of the album at Wessex Studios. A booklet includes previously unseen photographs by legendary rock photographer Pennie Smith. This item is in the category "Music\CDs". The seller is "audburn" and is located in this country: GB.